In honour of Buzz Day, you will soon be able to paint your forest dwellers an appropriate colour: 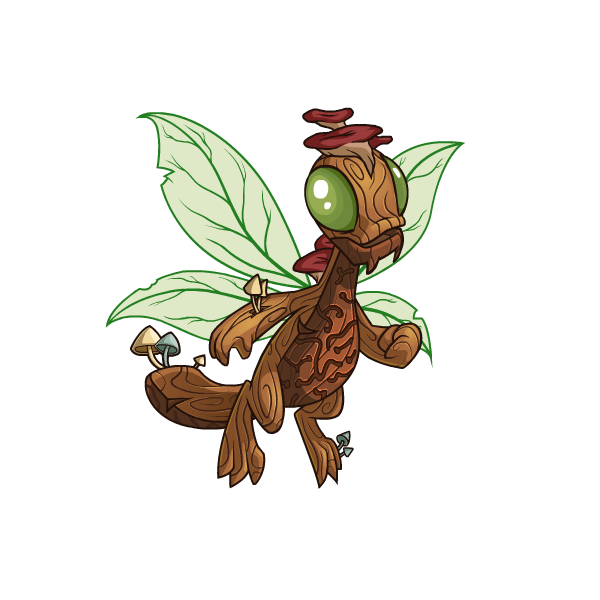 Your battle bees can now up their armour game as well, with this new clothing set: 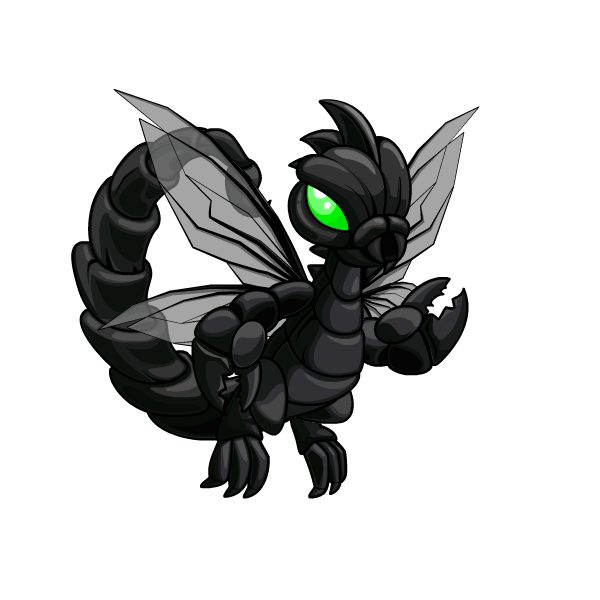 Expect a little bit of delay on these releases as the servers get back online from the scheduled downtime. TNT predicts the new colour and items should be available later this week!
Make a Comment!

There are 22 comments below. Add yours!

the costume is great, i hate scorpians but it's a good set. xD

the color.. i think it would have looked better without the head mushroom. it's not cohesive enough with the other mushies, since it's the only of it's kind up there. idk... i like the simple wings and wood texture though.
by inkpot on January 11, 2023 5:30 PM NST

That is nicely done the belly looks like bark beetle damage

Fun fact: I suggested the scorpion outfit. :3 Crystal Ogrin too. TBH, speckled also, but they didn't do the giraffe aspect also mentioned, ahh.

Both are so well done!!

I've always liked Buzzes a lot. I know they're maybe not the most popular pet, but they are so fun to customize.
by mavegibson on January 11, 2023 6:52 PM NST

maybe next year we can get some sort of moth buzz~ i bet that would be popular depending on how well done they do it!
by inkpot on January 11, 2023 7:17 PM NST

I find the colour to be a bit lacking. Boring almost. The stomach area is a nice touch.

That outfit though, yikes that's scary! Very good job! I hope the stinger doesn't come with poison or that a Buzz would be immune to that, because that stinger is almost touching the back of his unprotected head (you can see the head is just a mask)!
by apophis324 on January 11, 2023 11:47 PM NST

I am so glad I held on to Schorpioen (Dutch for Scorpion) instead of adopting him out. GUESS WHO'S GETTING MORPHED?!
by biediep on January 12, 2023 12:27 AM NST

Site down for anyone else? Getting "Bad Gateway" error.

Aww I waited for today's news to see if they considered bringing back dr_sloth's auctions and besides the competitions, there's nothing Sloth related this year. I miss the green flavor text and the funny monologue on his day.
Buzz day also felt dry

After a very long hiatus, I hope I get used to their system to deliver news for days that fall on weekends. Seeing "January 14" in the news made me assume that that was all the content they had prepared for Sloth's day.
by anunsureneopian on January 13, 2023 4:27 PM NST

@anunsureneopian: No confusingly, the news is labeled one day ahead--that's a leftover policy from something TNT started (for dumb reasons!) back in the early 2000s.

Old TNT also used to celebrate pet days "early" if they fell on a weekend/holiday, but nowadays they're celebrated "late", the next news day after the weekend/holiday.
by dave on January 13, 2023 8:01 PM NST JN Staff

That Woodland Buzz is rather nifty. May eventually want one...
by claytonskitten on January 15, 2023 9:44 AM NST